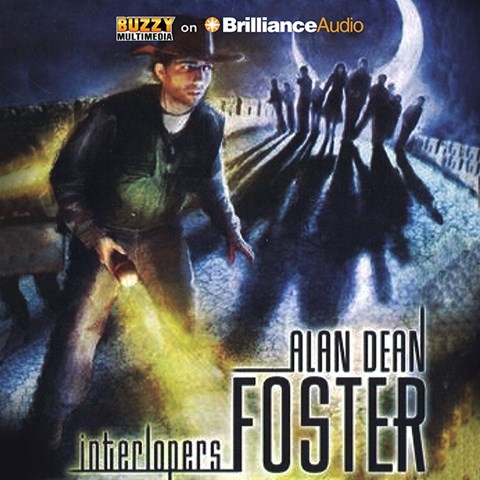 Narrator Ben Browder is well known among science fiction aficionados, primarily for his lead performance in the television series "Farscape." Here he puts his considerable skills into narrating a little known Alan Dean Foster stand-alone novel, the kind of work that sounds as if it were intended to be the start of a series but never was. Browder has to take on a variety of foreign accents, and he does them well. The plot suggests that people are infected by monstrous emotion-feeding entities, invisible because they're from another dimension. The hero--having imbibed a potion that allows him to "see" them--is recruited by a secret society and runs from one medicine-man-type to another to mitigate the monsters' damage. D.R.W. © AudioFile 2014, Portland, Maine [Published: OCTOBER 2014]