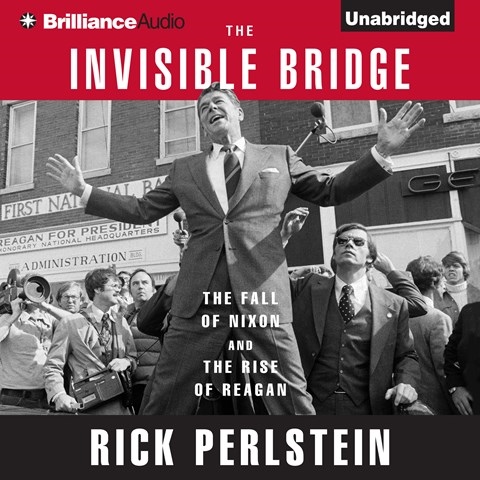 In the tone of a news anchor, David de Vries delivers this pompous and one-sided examination of U.S. politics and economic realities in the 1970s. One hears a surprising combination of enthusiasm and objectivity in de Vries's pleasing voice. But Perlstein's examination of the political forces leading from President Nixon to President Reagan seems like the kind of thinly considered emotional tirade one might anticipate from a liberal politico. While Reagan is peripherally acknowledged for his political effectiveness, Perlstein's loathing is apparent. As narrator, de Vries does his best, but this audiobook will most likely be enjoyed by those solidly to the left of center in their politics. W.A.G. © AudioFile 2014, Portland, Maine [Published: SEPTEMBER 2014]