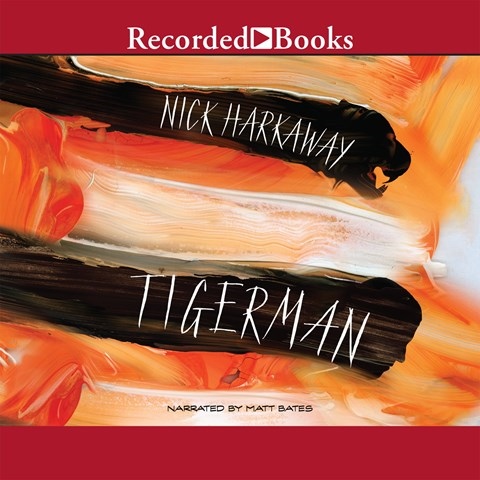 Matt Bates is the voice of this story about heroes--and the need for them. The lackluster former British colony of Mancreu is scheduled for demolition; its active volcano is releasing deadly bacteria into the atmosphere. In addition, an international criminal ring known as the Black Fleet is anchored off its coast. Lester Ferris, a nearly retired Army sergeant, is now Great Britain's representative in Mancreu. There he meets an Internet-savvy, comic-book-loving orphan who needs the guidance of a father. Bates imbues Ferris with all the weariness of a veteran marking time to his pension. He also provides a quick staccato delivery for the fast-talking boy who urges Ferris to be the hero he needs. Even the American character is given a voice that fits him to a tee. M.C. © AudioFile 2014, Portland, Maine [Published: DECEMBER 2014]