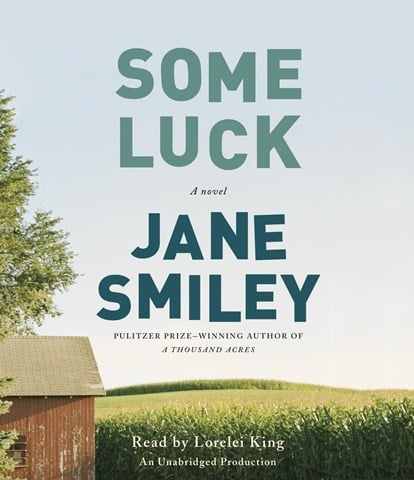 Pulitzer Prize-winning author Jane Smiley’s newest novel, a sublime paean to the American Midwest and its people, is enhanced by the clarity and subtle “gee-whiz” quality of Lorelei King’s narration. The story is a panoramic sweep of 30 years in an Iowa farm family. From the end of 1918 to the early 1950s, Rosanna and Walter Langdon and their children experience joys, sorrows, and challenges that define them—and our growing nation. King ably exploits Smiley’s narrative, which tells the story from differing viewpoints, to explore character through varying pace and speaking styles. She also changes her tone and roughens some character voices to increase our sense of the passing of time and a way of life. Well done. A.C.S. © AudioFile 2014, Portland, Maine [Published: SEPTEMBER 2014]