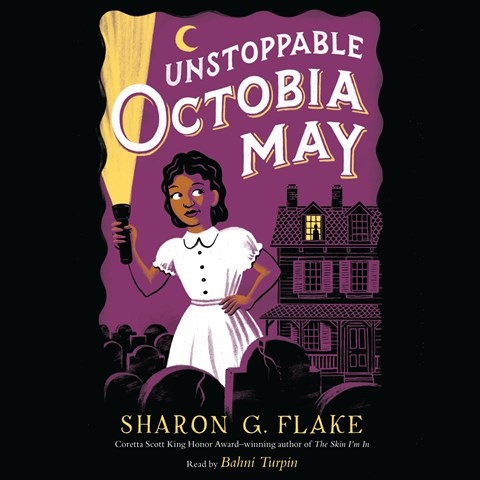 Narrator Bahni Turpin perfectly captures 10-year-old Octobia May, who's sent to live with her Aunt Shuma in her boardinghouse after she suffers a heart ailment at birth. Turpin portrays each of the personable boarders, skillfully re-creating men and women—Jewish, black, and white—as independent and distinct individuals. Feisty Octobia has a freedom seldom enjoyed by other "colored" girls in Eisenhower's America. She's convinced Mr. Davenport, one of the boarders, is a vampire. When she and her friend, Jonah, try to prove it, they have a thrilling adventure and learn that things aren't always what they seem. Officer O'Malley is Turpin's standout character—his accent and personality are pure Irish-American cop! In addition to enjoying an exciting mystery, young listeners will learn about 1950s America. S.G.B. Winner of AudioFile Earphones Award, 2015 Audies Finalist © AudioFile 2014, Portland, Maine [Published: NOVEMBER 2014]