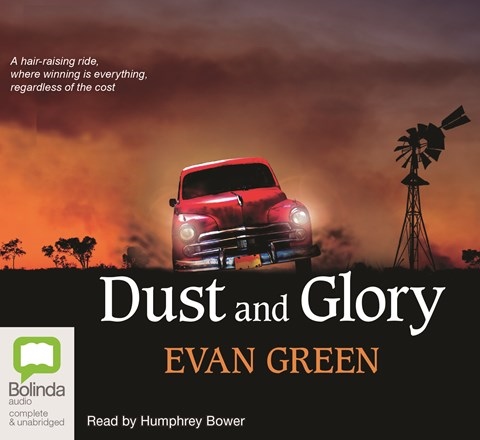 A circus of fictional and historical characters—including “Gelignite Jack” Murray and radio rock star Jack Davey—compete in a 10,000-mile road rally around the perimeter of Australia called the Redex Trial. Narrator Humphrey Bower races with them as they battle each other and an assortment of shady occurrences wrought by villains and bad luck. Rally racing and rally drivers share equally in the story, and the Australian Bower shines at depicting both. He deftly portrays both men and women, as well as delivers the subtle shadings of various Australian regional accents, and American accents when needed. The listener races right along with the characters, finding it nearly impossible to push “pause” for insignificant items like work or sleep. R.L.L. Winner of AudioFile Earphones Award © AudioFile 2014, Portland, Maine [Published: NOVEMBER 2014]