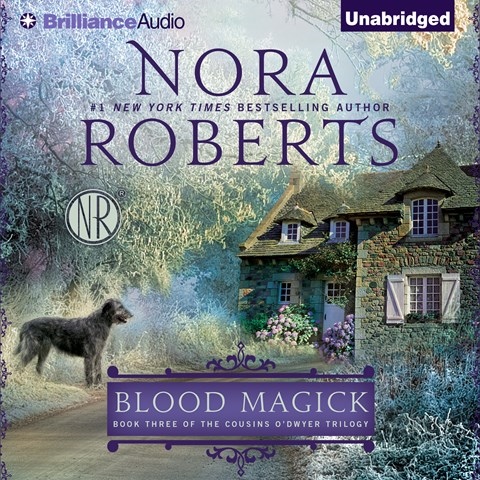 Picking up the last in a trilogy previously performed by other narrators poses an interesting challenge for Susan Ericksen. Her steady narration captures the story's vivid imagery, but her lack of intensity fails to deliver the emotional impact of the final Cousin O'Dwyer episode, which turns on the complicated love between Branna O'Dwyer and Finbar Burke. Throughout the narration it's difficult to discern whether Ericksen is voicing Branna of the present or her ancestor, as the two characters are able to converse by traveling to each other's times. While BLOOD MAGICK is predictable, fans of Roberts's Irish stories may enjoy. A.L.C. [Published: JANUARY 2015]