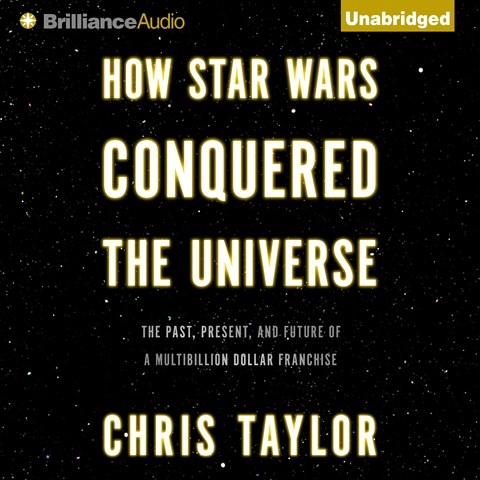 HOW STAR WARS CONQUERED THE UNIVERSE The Past, Present, and Future of a Multibillion Dollar Franchise

Taylor provides a rich and exciting history of the Star Wars franchise—from the early personal and professional lives of director George Lucas to the implications of the forthcoming Star Wars film in 2015. Nick Podehl brings so much excitement to his narration that it’s hard not to suspect that he too is a Star Wars fan—though, in reality, he’s capturing Taylor’s tone quite well. He has a bit of a rasp to his voice, which is otherwise gentle in its projection. He handles the quotes well, sometimes generating the delivery styles of Lucas and other people or series characters. Taylor’s book covers a range of topics relating to the Star Wars narrative as well as its history and place within popular culture. L.E. © AudioFile 2014, Portland, Maine [Published: DECEMBER 2014]