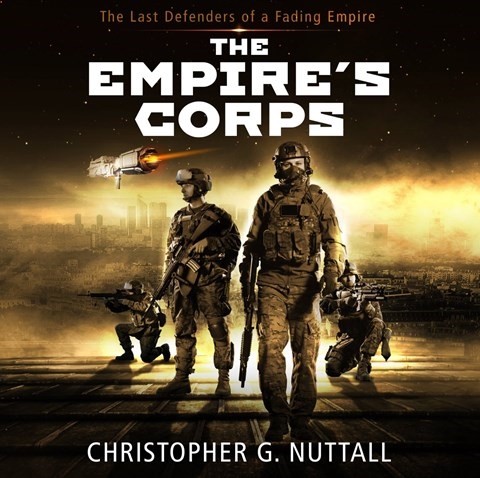 Jeffrey Kafer is the right narrator for this series involving a marine corps unit of a future imperial Earth and outlying worlds. His voice has that flat finality that one associates with U.S. Marines, yet he also effectively portrays the denizens, all human, of the colony that is the focus of the book. The story also offers us a goodly amount of political commentary, which leans toward libertarianism and fits nicely into the saga of a decaying empire. Both marine corps men and women are distinctively portrayed by Kafer, as are the civilian upper-crust schemers and weak-kneed politicians. The author has an episodic style of writing that often results in riveting listening. This is first-class military science fiction. D.R.W. © AudioFile 2014, Portland, Maine [Published: OCTOBER 2014]