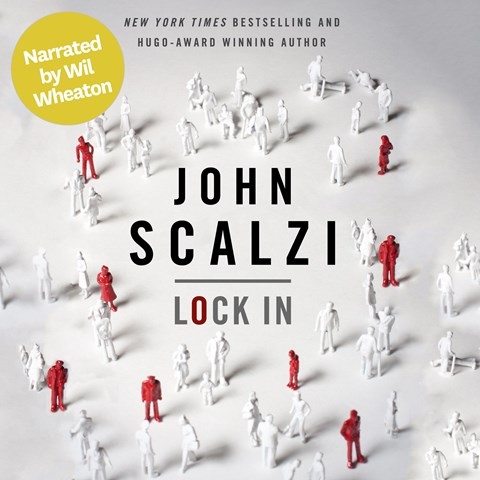 With narrator Wil Wheaton attacking Scalzi’s text with both vigor and nuance, this story tells about a silent minority being given voice, then having that voice threatened. A highly contagious virus, “Haden’s syndrome,” sweeps the globe, with most people experiencing just flu-like symptoms. But an unfortunate one percent suffer “lock in”: They’re fully awake and aware, but can’t move or respond to stimuli. Twenty-five years after the syndrome first occurs, an FBI agent who has it and his partner must solve a series of murders that threaten the delicate balance that has developed between Haden’s victims and the general public. Thanks to Wheaton’s skillful efforts, this production is an enjoyable melding of narrator and material. D.E.M. 2015 Audies Finalist © AudioFile 2014, Portland, Maine [Published: OCTOBER 2014]