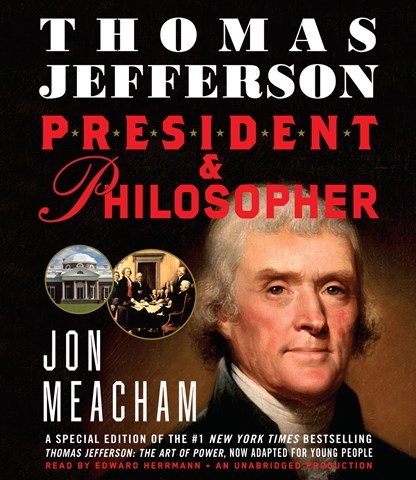 Edward Herrmann’s authoritative voice lends weight to this young people’s adaptation of Meacham’s book THOMAS JEFFERSON: THE ART OF POWER. He sounds like the history teacher you always wanted, bringing history to life and breathing life and humanity into one of our most complicated and contradictory Founding Fathers. Whether he’s relating Jefferson’s belief in the high ideals of education and basic human rights or sharing less savory aspects of this enigmatic man’s complex personality, his delivery is even and nonjudgmental. He paints a picture of a man who was able to reconcile the contradiction of a philosophy based on freedom to all and a culture dependent on the enslavement of one race to another. N.E.M. Winner of AudioFile Earphones Award © AudioFile 2014, Portland, Maine [Published: DECEMBER 2014]