HomeÂ»ReviewsÂ»MIDNIGHT AT THE PERA PALACE 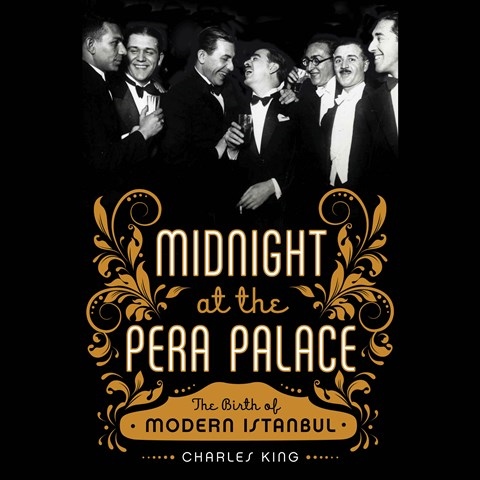 MIDNIGHT AT THE PERA PALACE The Birth of Modern Istanbul

Grover Gardner’s deep, versatile voice narrates the downfall of the Ottoman Empire and the rise of modern Turkey in this detailed history. From its opening in the early 1890s, the Pera Palace has been a center of activity for Westerners. Its many guests have included businessmen; refugees from numerous wars, pogroms, and other disasters; political refugees such as Leon Trotsky; and a multitude of spies—Nazi, Soviet, British, American, and French. Gardner recounts the cavalcade of characters and epic events with subtle inflections and clear pronunciation. The events of 1914-1918 and the influx of refugees from the Russian Revolution and Civil War are particularly interesting. Gardner’s skill in delivering terms in several languages, along with his other strengths, makes this a production well worth listening to. M.T.F. © AudioFile 2015, Portland, Maine [Published: JANUARY 2015]