Home»Reviews»THE HOUND OF THE BASKERVILLES 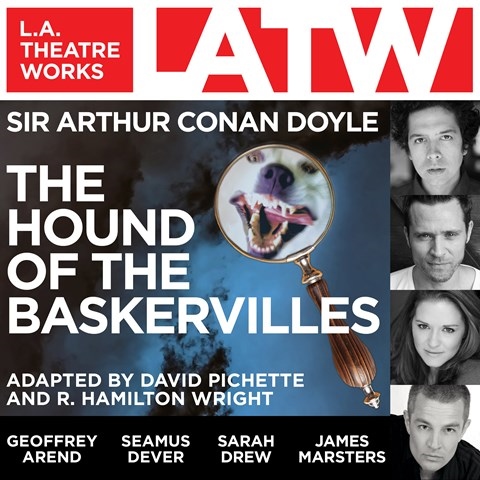 THE HOUND OF THE BASKERVILLES

L.A. Theatre Works delivers a lively and funny full-cast adaptation of Doyle’s best-known Sherlock Holmes tale. Of course, Watson is the main character, and Geoffrey Arend gives him a gentlemanly and wry air that carries the story. Seamus Dever’s mercurial Holmes and James Marsters’s fish-out-of-water Henry Baskerville play off Watson’s steadiness, which generates humor but also illuminates character. The plot revolves around an inheritance, a family’s shame, and a mythic curse. As a dynamic Beryl Stapleton, Sarah Drew makes the character’s manipulations entirely believable. The reactions of the live audience add depth and immediacy to the performances, making for a production that will appeal to a wide range of listeners. A.F. 2015 Audies Winner © AudioFile 2015, Portland, Maine [Published: MARCH 2015]