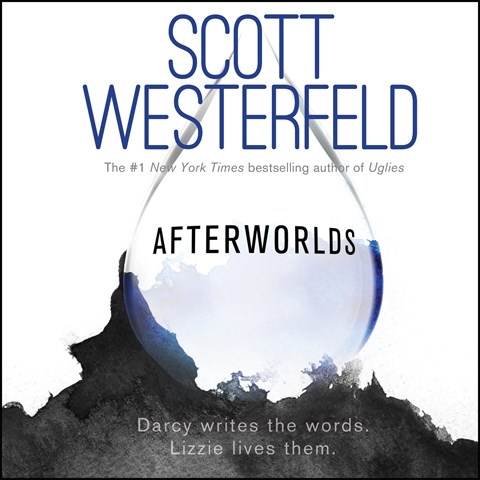 Made for two voices, Westerfeld's uniquely successful novel-within-a-novel translates wonderfully to audio through the complementary performances of Sheetal Sheth and Heather Lind. The main character, Darcy, has deferred college to complete the rewrites for her debut YA novel, AFTERWORLDS, which features Lizzie, a teenager who survives a terrorist attack in an unexpected way. Alternating chapters allow each narrator to set the pace and create a distinct atmosphere between characters and storylines. As Darcy, Sheth is meticulous, her enunciation and tone underscoring Darcy's inexperience as she launches herself into the publishing world and stumbles into first love. Navigating a darker, more emotionally complicated storyline, Lind captures Lizzie's tenacity with a strong, confident voice that deepens and slows during tension-filled scenes. A.S. © AudioFile 2014, Portland, Maine [Published: NOVEMBER 2014]