Home»Reviews»THE HEART HAS ITS REASONS 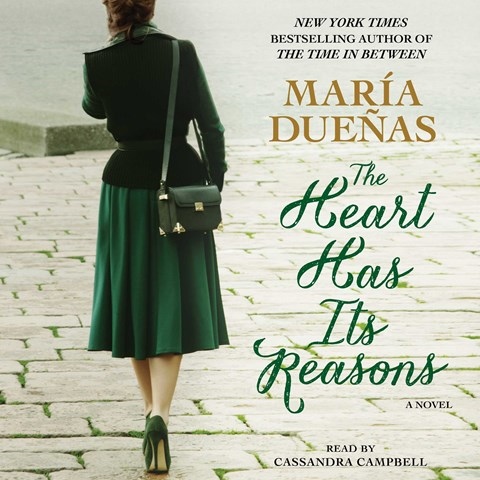 THE HEART HAS ITS REASONS

Part literary mystery, part love story, Dueñas's second novel is emotionally complex, but Cassandra Campbell perfectly captures its nostalgia, poignancy, and gentle optimism. When her husband leaves her, Professor Bianca Perea begins a new life in far-off San Francisco, where she's drawn into the history of an enigmatic Spanish writer and the haunting stories he left behind. Campbell's narration is measured, dreamlike, and deliberate, immersing listeners in rich details and giving them time to savor the plot's numerous twists and turns. Each character is distinct and generally identifiable--especially Bianca herself, who begins the book with brokenhearted weariness but clearly grows both in self-assurance and enthusiasm as she finds new academic challenges and a new chance at love. B.E.K. © AudioFile 2014, Portland, Maine [Published: DECEMBER 2014]