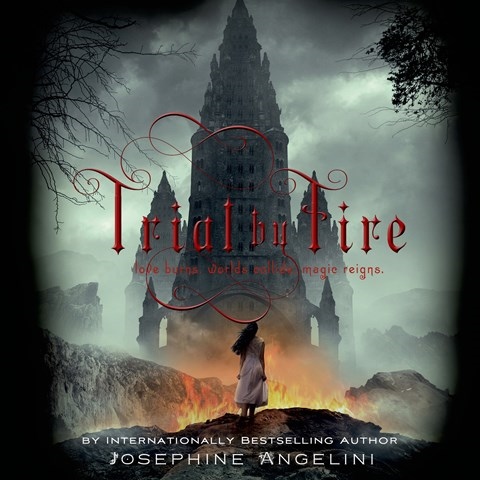 Emma Galvin’s confident and measured narration introduces Angelini’s new fantasy series, which delves into parallel dimensions, one of which contains doppelgängers with magical powers. In her own dimension Lily is sick and weak, characteristics that are reflected in a timid and cautious voice. Rowan, a local warlock, helps Lily learn her newfound magical powers. Galvin nails the relationship between Lily and Rowan—their emotional connection crackles with intensity. Lily’s doppelgänger, Lilian, has a raspy tone stripped of all compassion. The more confident Lily becomes with her powers, the deeper Lilian descends into raging madness, which Galvin nails with the perfect maniacal pitch. The narration is paced just right, keeping the listener fully engaged until the cliff-hanger ending. M.F.T. © AudioFile 2014, Portland, Maine [Published: NOVEMBER 2014]