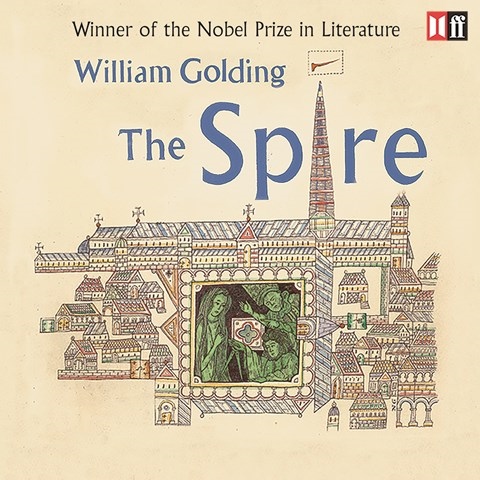 Against all advice, cathedral dean Jocelin sponsors and directs the construction of a 404-foot spire. Narrator Benedict Cumberbatch's dramatic performance is well matched to Golding's stream-of-consciousness novel, set in medieval England and told from Jocelin's point of view. From soft whispers to shouts of anger, the deliberate variations in volume connect listeners to Jocelin's out-of-control emotions. Cumberbatch's distinctive voices and pitch-perfect pacing bring out the characters' strong reactions, especially as the dean argues with the master mason, defends himself to the church council, and struggles against his lust for a servant's wife. Particularly impressive is Cumberbatch's portrayal of Jocelin's slow disintegration into madness as the dean is overcome by angelic visions and what he believes to be divinely inspired passion. C.B.L. © AudioFile 2014, Portland, Maine [Published: SEPTEMBER 2014]