Home»Reviews»THE HAPPIEST PEOPLE IN THE WORLD 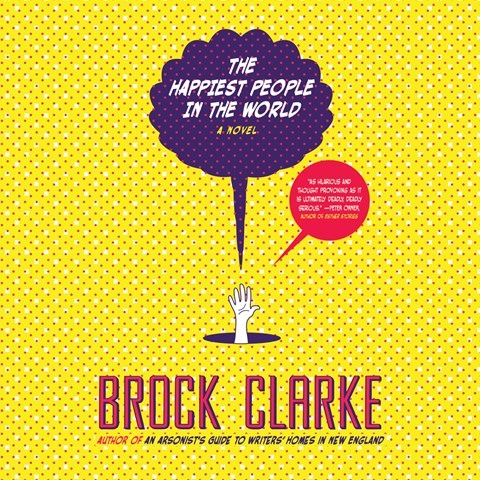 THE HAPPIEST PEOPLE IN THE WORLD

The happiest people in the world live in Denmark. But cartoonist Jens Baedrup, our hapless hero, is whisked from Denmark into the CIA's witness protection program after his cartoon of Mohammed with a bomb in his turban brings death threats from Muslim extremists. Adam Black's narration is like having a high-energy drink after a couple of espressos. His rapid, angst-ridden pace captures the bewilderment Jens, newly christened Henry Larsen, feels when he's installed as a high school guidance counselor in Broomeville, New York. Talk about culture shock! In this novel filled with wonderfully bizarre characters, Shakespearean dilemmas, and hilarious, if bloody, outcomes, Black's wicked narration and Brock Clarke's no-holds-barred wackiness prove laugh-out-loud funny. S.J.H. [Published: JANUARY 2015]