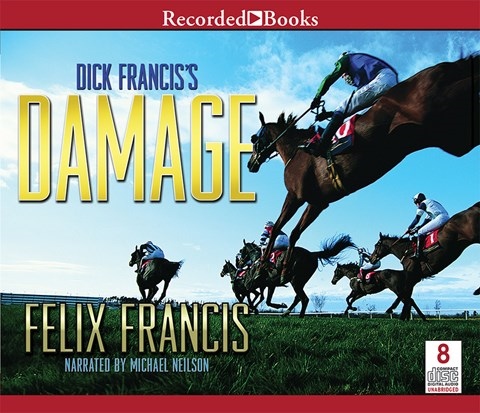 Michael Neilson is a newcomer to the Felix/Dick Francis world, but he narrates with perfect aplomb. Jeff Hinkley is an investigator and master of disguise for the British Horseracing Authority. He's busy with a murder at the racetrack; a nephew's arrest for possession of crystal meth, based on a lying witness; an extortionist called Leonardo, who is bent on destroying the horse-racing industry; and his older sister, who has cancer. Neilson appropriately speeds up his pacing as the action intensifies. His understated performance matches Jeff's temperament: innately mild mannered yet steely enough to dig in his heels when threatened. Less low-key is Neilson's perfect over-the-top portrayal of Jeff's co-worker Crispin, an elderly former spy who hilariously utters the phrase "dear boy" while doling out information on a need-to-know basis. A.B. © AudioFile 2014, Portland, Maine [Published: NOVEMBER 2014]