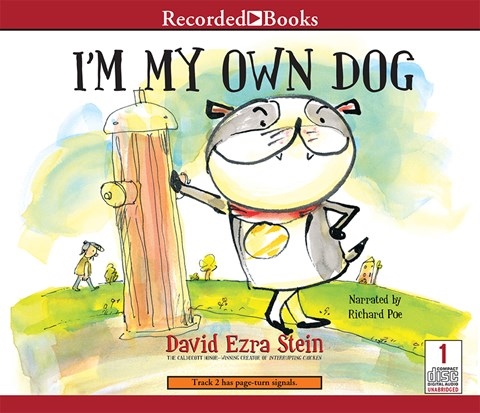 I'M MY OWN DOG

Narrator Richard Poe injects an unhurried canine dignity into this tale of a dog who announces his independence: "I'm my own dog. I work like a dog all day . . . fetch my own slippers, curl up at my own feet, . . . and tell myself to roll over." Poe's grandfatherly tones and unhurried pace capture the story's humorous role-reversing turn: There's just one spot the dog can't reach, so a little guy scratches it for him and follows the dog home, after which the dog softens: "I got a leash," he says. "How else am I supposed to lead him around?" Despite ownership's drawbacks--"some . . . say they're not worth the trouble . . . you can't keep them from yapping . . . but I've grown attached to the little fella"--listeners of all ages will recall the joys of having a best friend. J.C.G. © AudioFile 2015, Portland, Maine [Published: FEBRUARY 2015]