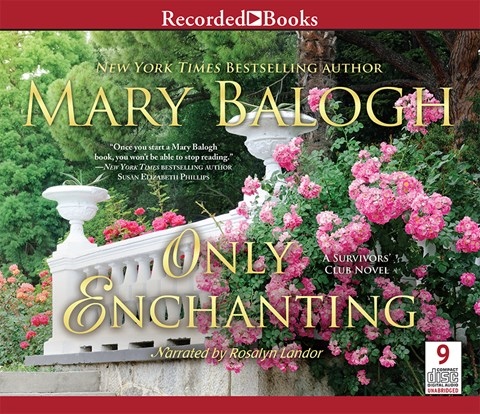 Rosalyn Landor's expertise with the romance genre shines through this charming story. Agnes Keeping has never intended to fall in love, but that changes when the charming Flavian, Viscount Ponsonby, suddenly shows interest in her. But when Agnes learns that he has proposed only to avoid a former fiancée, she determines to flee, forcing Flavian to prove his growing love. Landor's engagement ensures that every detail of the story sounds vital, and her sensitivity to the characters keeps listeners attuned to their emotional and personal development. This is especially true of Agnes, whose most pragmatic reasoning can't hide her growing infatuation with Flavian. Though Landor's male characters seem overly emphatic in the opening scenes, they mellow out quickly, becoming both empathetic and believable. B.E.K. © AudioFile 2015, Portland, Maine [Published: JANUARY 2015]