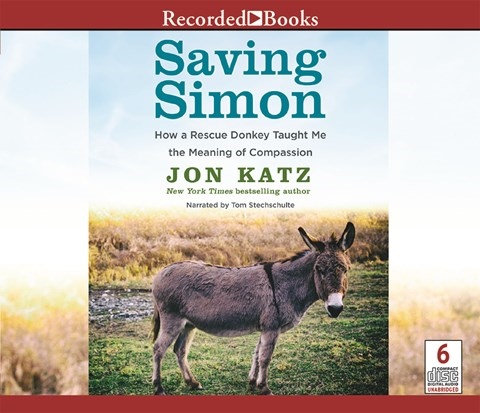 Writer Jon Katz considers the nature of human compassion as he tells how he took in a donkey starved by its previous owner--the worst case of animal neglect the local humane officer had ever seen. His surprise at the way Simon screams in pain gives way to his admiration for the fighting spirit of the donkey. Narrator Tom Stechschulte's folksy style captures the affection Katz has for Simon's trusting nature and gentleness. Listeners hear these traits echoed in the friendship between a border collie and a blind pony, a story as fascinating as Simon's. Stechschulte's narration brings listeners into the world of Katz's upstate New York farm. J.A.S. © AudioFile 2015, Portland, Maine [Published: MARCH 2015]