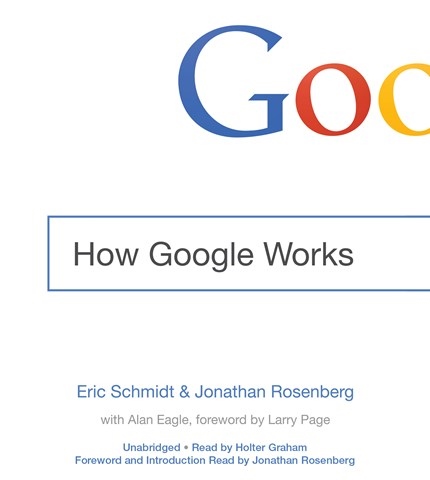 Schmidt, Google’s executive chairman, joins forces with Rosenberg, currently adviser to Google’s CEO, in this rather surface-deep yet fascinating examination of the lessons learned and the evolving management philosophies of the international Internet giant they helped build. Google, all of 16 years old, is estimated to be worth $300 billion. Rosenberg provides a workmanlike reading of both the foreword and the introduction. The heavy lifting is done by Holter Graham, who provides a masterful yet intimate narration that will engage the listener. Graham earns the greatest of all plaudits: He becomes transparent in recounting an absorbing story, which is no small feat in a volume that, as told by a lesser narrator, might sound like a dry business management primer. W.A.G. Winner of AudioFile Earphones Award © AudioFile 2014, Portland, Maine [Published: SEPTEMBER 2014]