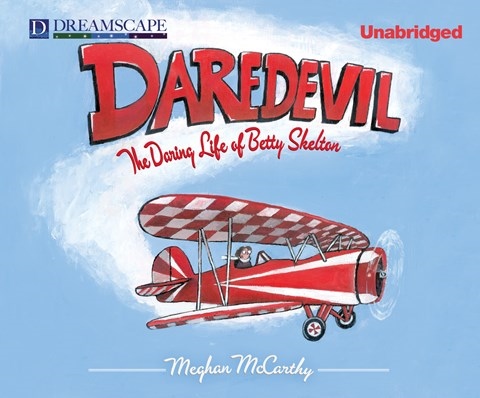 "Need for speed" is the perfect expression to describe Betty Skelton, and narrator Susie Berneis--as she speeds from one Skelton escapade to the next. Growing up in the 1930s in Pensacola, Florida, Skelton watched naval planes fly overhead. By the age of 12, she was flying by herself (illegally), and by 16 she had her pilot's license. Her little known career took her from stunt flying to setting a record for high-altitude flying in 1951. She went on to race-car driving on the Bonneville Salt Flats, became the first female boat jumper, and finally trained with the Mercury 7 astronauts. Berneis is firm and precise in her narration, and one can't help but think that this is just the way Betty Skelton might have spoken. The production is punctuated with sound effects and occasional music. A.R. © AudioFile 2015, Portland, Maine [Published: JANUARY 2015]