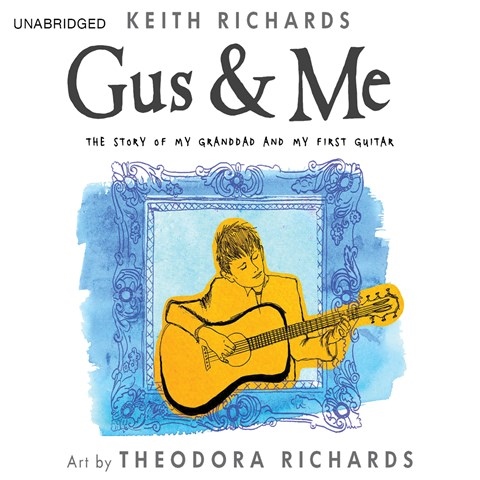 GUS & ME The Story of My Granddad and My First Guitar

Author and narrator Keith Richards, of the Rolling Stones, wins the listener over easily with his working-class English accent and unmistakable fondness for his topics—his first guitar and his beloved grandfather, Gus. The musically talented Gus familiarized the young Richards with music and gave him his first guitar, suggesting the classical "Malagueña” as the pinnacle of guitar mastery. Richards intersperses bits of “Malagueña” in appropriate spots throughout the seven-minute story. And during a remembered visit to a London music shop, musician Steve Jordan, known for his collaborations with Richards, plays drums. Richards collaborated with other authors, but this is obviously HIS story, imbued with familiarity, warmth, and sincerity. We even get to hear him chuckle. L.T. Winner of AudioFile Earphones Award © AudioFile 2014, Portland, Maine [Published: NOVEMBER 2014]