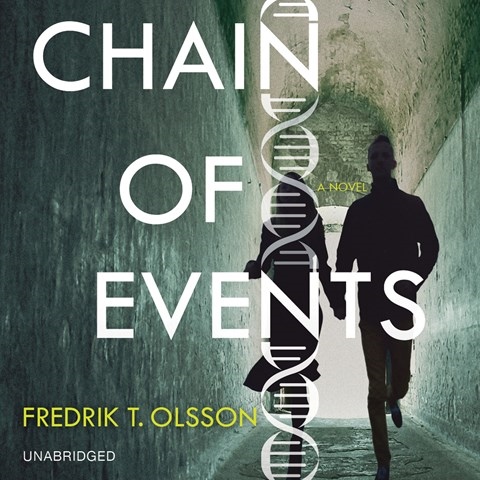 With natural pacing and an unpretentious style, narrator Paul Michael provides an evenhanded delivery of this complex thriller, carrying the listener through numerous unanswered questions. William Sandberg, a down-on-his-luck former Swedish military code specialist, has been swept off to an isolated European castle to solve a puzzle, but he's kept in the dark about the organization and mission that are behind this development. How does the convoluted code relate to the potent virus that is suddenly threatening the world? Michael softens his brawny voice for the female characters, especially the despondent woman trapped with Sandberg, and depicts their captors with both authority and desperation. Michael's intensity matches Sandberg's growing comprehension of the extreme crisis, and the perilous steps he feels compelled to take. N.M.C. © AudioFile 2015, Portland, Maine [Published: MARCH 2015]