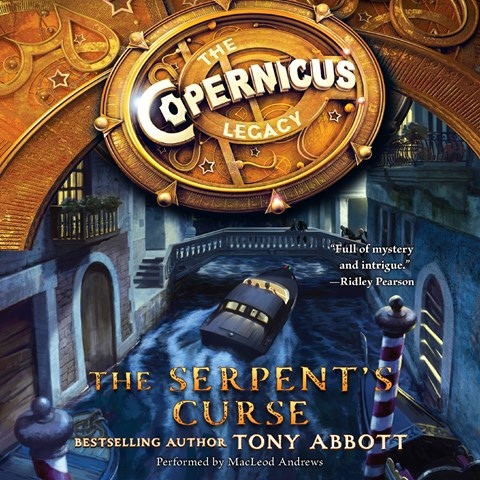 THE THE SERPENT'S CURSE The Copernicus Legacy, Book 2

MacLeod Andrews narrates the second installment in the Copernicus Legacy series with subtle expression. Wade, Darrell, Lily, and Becca work with Wade's father to try to rescue Wade's kidnapped stepmother. Andrews maintains a steady pace as the youngsters flee from Hawaii to San Francisco, solving puzzles along the way. Andrews's voices aren't always easy to distinguish from one another, but plot is more the point here. Listeners will be engaged as Wade and his friends become involved in conspiracies that are much larger than they ever imagined. A.F. © AudioFile 2015, Portland, Maine [Published: JANUARY 2015]