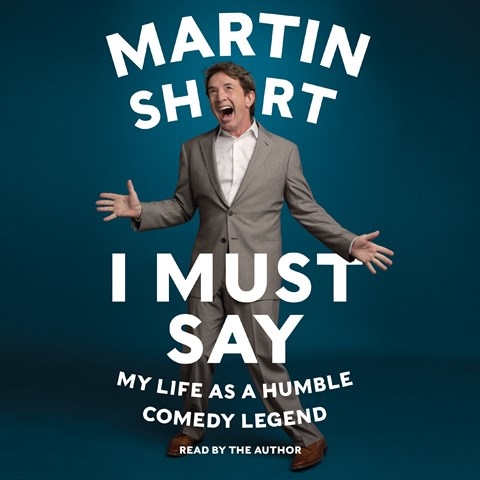 I MUST SAY My Life As a Humble Comedy Legend

This is a winner, a case in which the audiobook is far superior to the written version. No one but Martin Short himself could tell his story in such a funny and poignant way. The star of “Saturday Night Live,” “SCTV,” Broadway, and a host of television shows and movies, including “Three Amigos,” tells the fascinating story of his rise from obscurity to what he would call “semi-fame” in just a decade or three. Short is everybody's best friend, a creative artist who has now added another notch to his belt—audiobooks. He tells the story of his life, frequently allowing his characters, such as Ed Grimly and Jiminy Glick, to take over. He talks lovingly about the love of his life, his wife, Nancy, whose death almost shattered him. This is one not to miss. M.S. Winner of AudioFile Earphones Award, 2016 Audies Finalist © AudioFile 2015, Portland, Maine [Published: JANUARY 2015]