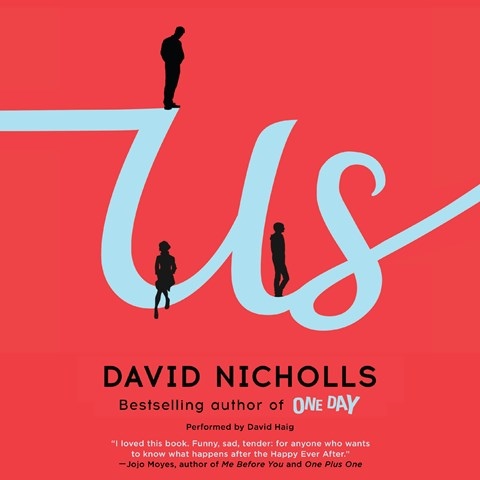 British actor David Haig perfectly portrays the bumbling, good-hearted Douglas Petersen, who hopes to save his marriage while on a modern-day grand tour of Europe with his wife and sullen 17-year-old son. Haig's spot-on timing makes the humor pop, and his sympathetic performance connects listeners to Douglas's moments of despair and frustration, especially when he’s trying to communicate with his son. Haig's portrayal of a straitlaced middle-aged scientist who is trying to fit in with his artistic, laid-back family is flawless, and listeners will be impressed with his ability to seamlessly transition among the characters, capturing each one's personality. This bittersweet comedy of errors and self-discovery is destined to be one of the most talked about audiobooks of the year. C.B.L. Winner of AudioFile Earphones Award, 2015 Audies Finalist © AudioFile 2015, Portland, Maine [Published: MARCH 2015]