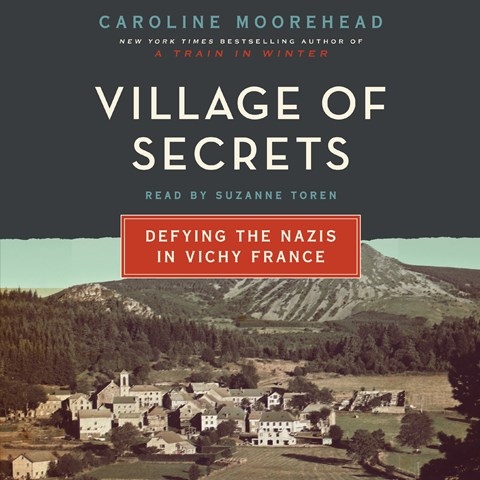 VILLAGE OF SECRETS Defying the Nazis in Vichy France

Documenting bravery in an isolated corner of France, Suzanne Toren narrates with clarity and authority. The story of Le Chambon-sur-Lignon, in the mountains of the southern Massif Central in France, is one of courage, compassion, and some controversy. It's called "the village with a conscience" because between 1940 and 1944, the villagers, primarily Protestants, hid 800 Jews and helped nearly 3,000 Jews and others escape to Switzerland. Toren pronounces French surnames and place names smoothly and accurately. As is the case with all history that relies on personal diaries and aging memories, researchers disagree on details, but Moorehead's version of events is compelling. D.L.G. © AudioFile 2015, Portland, Maine [Published: JUNE 2015]