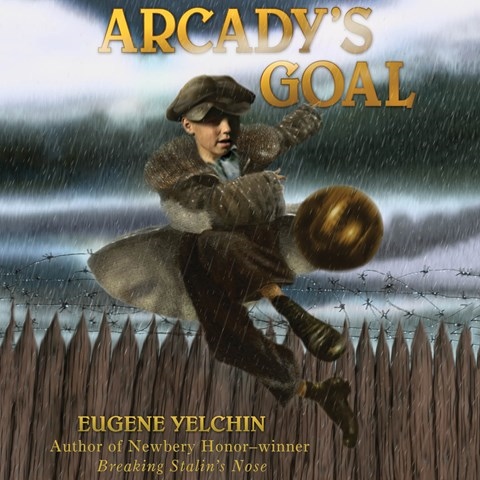 When quiet Ivan Ivanych adopts 12-year-old Arcady from a Soviet children's home, Arcady is sure that it's due solely to his remarkable soccer abilities. Why else would anyone want him? Ivan's purpose and Arcady's redemption unfold slowly. Narrator Ari Fliakos creates a cynical, sometimes insolent, Arcady. Fliakos's delivery is initially understandable, due to the brutal treatment Arcady experienced at the home; however, his snarky interpretation of Arcady continues even after months of Ivan's patient ministrations. Another curious production choice is the matter of accents. Although the story is set in Soviet-era Russia, all the children speak with American accents, while all adults have Russian ones. A moving author's note recounts the continuing relevance of Arcady's story. L.T. © AudioFile 2015, Portland, Maine [Published: JANUARY 2015]