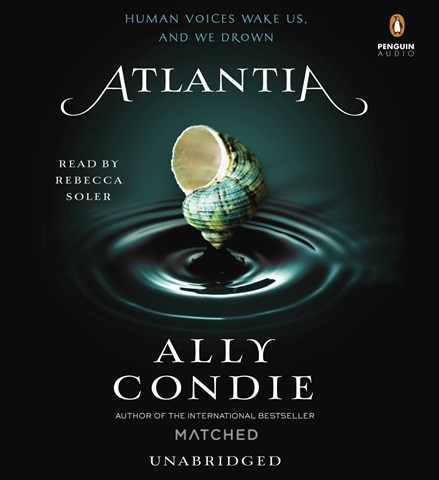 Narrator Rebecca Soler brings depth to a character who is defined by her voice. Rio lives in the underwater city of Atlantia, a colony in a world in which air pollution is so devastating that humanity is divided between those who live "below" and "above" in order to survive. Rio is a Siren, and her voice has the power to control others. Because Sirens are heavily regulated by the government, Rio has made her voice monotone to disguise her true nature. Soler makes the most of this premise, which is so well suited to the audio format. The voice that Rio uses in public is almost painfully dull but contrasts dramatically with Soler's reading of Rio's true voice. Listeners will sympathize with Rio's plight and cheer her on in her quest for vocal liberation. E.M.C. © AudioFile 2015, Portland, Maine [Published: JUNE 2015]