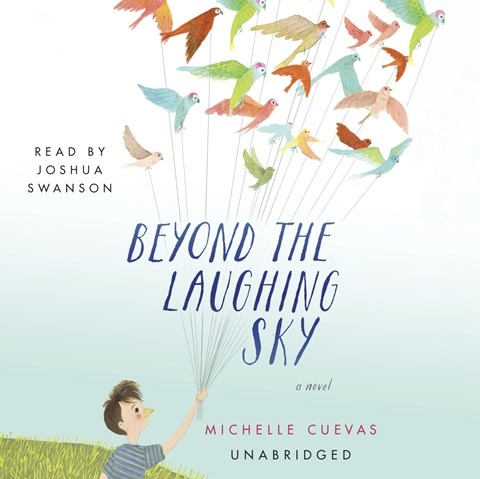 BEYOND THE LAUGHING SKY

Narrator Joshua Swanson's youthful-sounding voice is perfect for Nashville, a 10-year-old boy who hatched from an egg but is being raised by humans. He has feathers and a beak, but, to his dismay--no wings! What starts off as fantasy soon becomes an allegory about children who are different. Swanson captures Nashville's vulnerability as he goes to school among "normal" children, knowing that he doesn't fit in. He also captures Nashville's deep longing to learn how to fly. The language of the story is poetic, bringing unusual, delightful images to the mind's eye. Swanson doesn't quite convey the mystical ambiance of those passages. He sounds uncomfortable imitating bird calls and speaks rather than sings the birthday song. But overall, this is a fitting performance of a touching story. M.M.G. © AudioFile 2014, Portland, Maine [Published: NOVEMBER 2014]