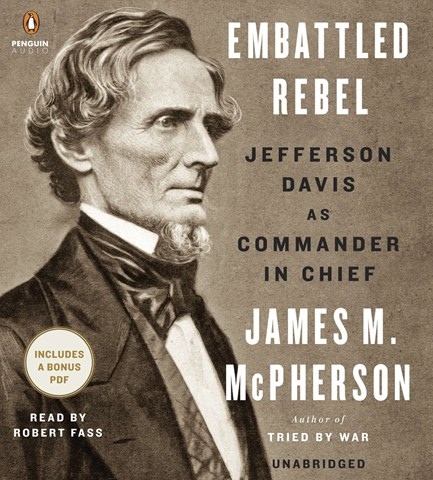 Narrator Robert Fass splendidly recounts Jefferson Davis’s role as Commander in Chief of the Confederate States of America. His Midwestern-sounding voice moves at a deliberate pace in portraying Davis as a three-dimensional figure. The West Point graduate served as a regimental commander and hero in the Mexican War and then became Secretary of War and a senator before the Civil War. During that war he worked to forge a nation with some who were as hardheaded as he could be. Fass’s calm, steady delivery and appropriate inflections are a good match to the material, making for an engaging performance. M.T.F. © AudioFile 2015, Portland, Maine [Published: JANUARY 2015]