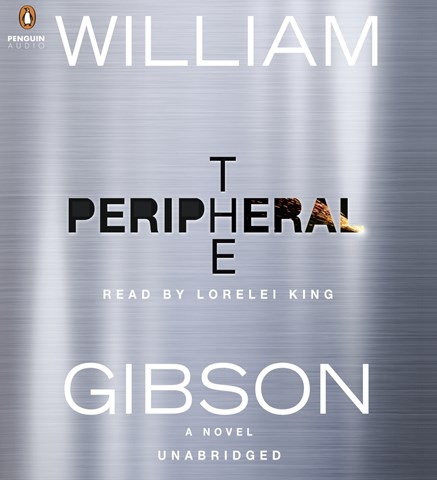 Listeners may find it difficult to delve into this audiobook due to the multiple narratives they're dropped into with little context. Narrator Lorelei King gives Flynne Fisher, a woman in a not-too-distant future, a businesslike tone befitting someone who provides security in a virtual world. Quick-jump to early 22nd-century London, and we have Wilf Netherton, an unctuous publicist whom King graces with a convincing refined British accent. Netherton's job revolves around his ex-girlfriend, Daedra West, a diva-turned-diplomat who sounds deliciously narcissistic as portrayed by King in a breathy voice and entitled tone. As the story progresses, however, King seems to lose her enthusiasm for the characters, slowing the momentum for the listener just as Gibson's erratic plot begins to coalesce. E.E. © AudioFile 2015, Portland, Maine [Published: SEPTEMBER 2015]