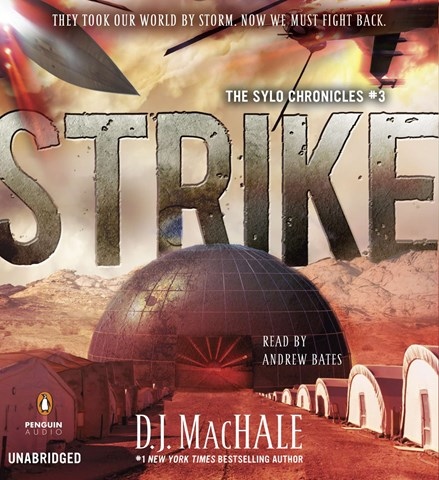 With a heightened sense of urgency and excitement, narrator Andrew Bates ramps up the energy of his narration to match the intensity of the final installment of the SYLO Chronicles. Those who listened to SYLO and STORM will appreciate his familiar voice as this gripping conclusion rockets from one dramatic confrontation to another. MacHale pulls out all the stops and comes up with several surprising twists as 14-year-old Tucker Pierce and his teen friends fight against the Retro forces who are attempting to annihilate Earth's population and control the world. The winner of this epic battle is in doubt until the very end, leaving listeners on the edge of their seats as they await the outcome. S.G. © AudioFile 2015, Portland, Maine [Published: APRIL 2015]