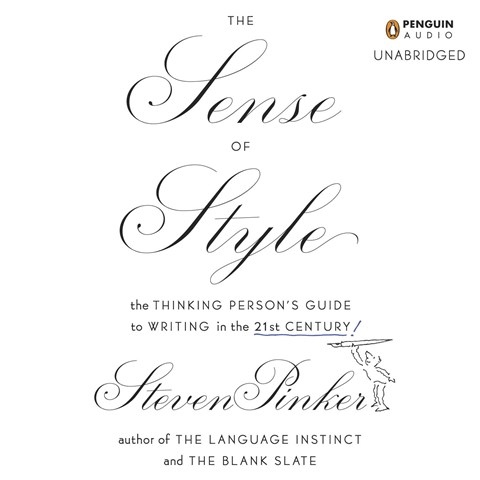 Grammar texts may be the ultimate challenge for the audiobook, but Arthur Morey’s fine rendering of cognitive psychologist Steven Pinker’s guide to writing in the 21st century proves the exception. The Harvard professor focuses on the rationale of grammar rather than its arsenal of rules and exceptions. His prose is conversational and engaging, and Morey easily matches his tone and rhythms, so that one often forgets it’s a narrator one is hearing, and not the author himself—the ultimate test of a satisfactory audio experience for this reviewer. Whether heard one time for its general principles, or again and again as a learning tool, this accessible, keenly observed, and, in fact, witty and entertaining discourse on how we use our language will be an unexpected pleasure for many. D.A.W. Winner of AudioFile Earphones Award © AudioFile 2014, Portland, Maine [Published: DECEMBER 2014]