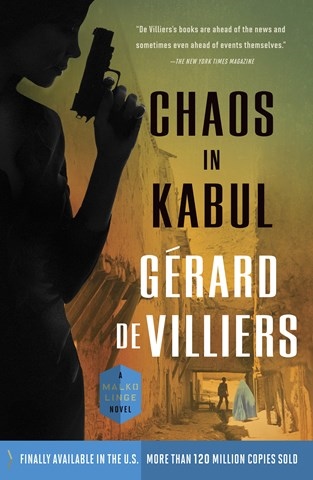 The Malko Linge spy novels sell millions of copies worldwide, though they're not well known in the U.S. This translation produced for American listeners couldn't be timelier. Narrator Nicholas Guy Smith's accent and enunciation make listening a pleasure. Often compared to the James Bond series, de Villiers's thrillers are known for their extensive displays of spycraft and geopolitics that reflect current political and military events. Smith's pacing and rhythm match the action, whether shoot-outs or explicit sex scenes. Using slight changes in intonation and timbre to differentiate gender and nationality, Smith shifts distinctly between diverse characters as Linge, an Austrian aristocrat under contract with the CIA, attempts to survive in Kabul as American forces withdraw from Afghanistan. M.L.R. © AudioFile 2014, Portland, Maine [Published: DECEMBER 2014]