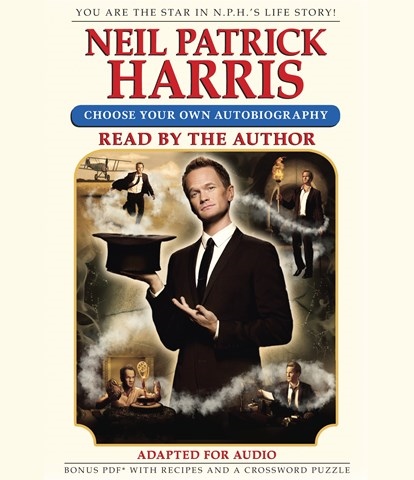 Entertainer Neil Patrick Harris's provides a singular charm in the narration of his memoir--a partially real, partially fake life story, which imitates a children's adventure story. The book is written entirely in the second person, a novelty that quickly grows tiresome, but the performance is quintessential Harris. He narrates in precisely the same manner that he hosted the Tony Awards. His life story is all here--from his early success on TV playing a child physician to his Broadway success--and is told with a bit too much candor at times. The narration, like the entertainer himself, is so likable that, despite some confusing story details, there's much entertainment value. Several celebrity friends' comments pepper the narration with a wink and a smile, all voiced by a single additional voice, which is comical in itself. W.A.G. © AudioFile 2014, Portland, Maine [Published: NOVEMBER 2014]