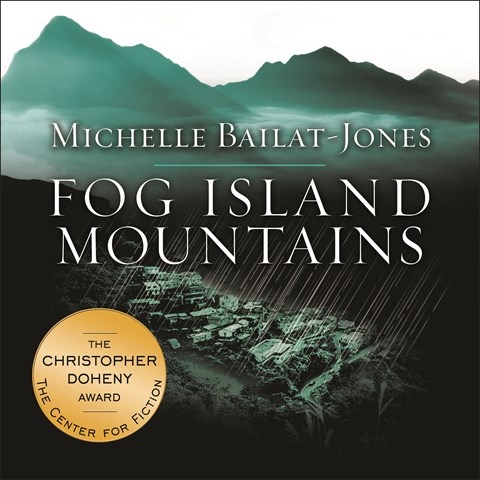 Jennifer Ikeda's quiet, nearly hushed tones add weight to this intimate telling, set in a small Japanese town as a summer typhoon bears down on it. With the cadence of a storyteller or a poet, Ikeda relates the drama of Alec, who's just been given a terminal cancer diagnosis. As Alec, his wife Kanae, their family, and the townspeople, their lives all interconnected, react, the storm rages. Ikeda shifts beautifully between Alec's South African-accented English and other characters' Japanese or Japanese-accented English. As events reach a crescendo, Ikeda's narration reflects the growing urgency. The emotional story, with hints of magic and folklore, will give listeners much to ponder. J.M.D. © AudioFile 2014, Portland, Maine [Published: NOVEMBER 2014]