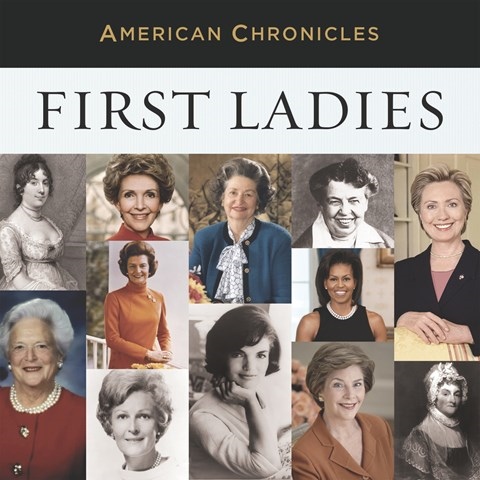 Journalist Cokie Roberts deftly introduces excerpts from interviews with First Lady biographers and First Ladies themselves, which aired over a period of time on NPR. Roberts, one of those interviewed for her books that feature women of the Revolutionary period, gives listeners newly researched information that reveals women’s lives during our nation’s infancy. Among the other First Ladies included are Eleanor Roosevelt, Jacqueline Kennedy, Lady Bird Johnson, Betty Ford, Barbara Bush, Hillary Rodham Clinton, and Michelle Obama, to name a few. To hear women who made history as they lived it involves the audience in a special experience and opens a window onto our presidents’ private lives. E.E.S. Winner of AudioFile Earphones Award, 2016 Audies Finalist © AudioFile 2015, Portland, Maine [Published: FEBRUARY 2015]