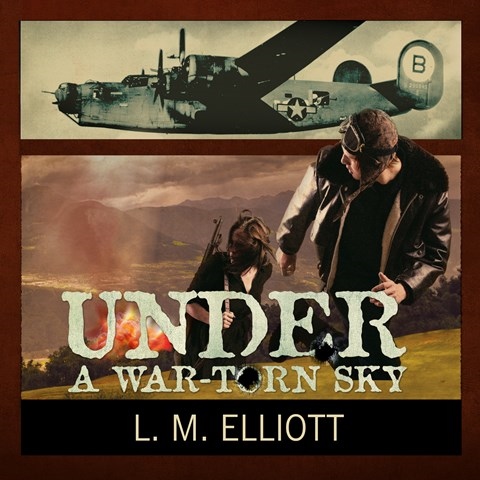 UNDER A WAR-TORN SKY

In 1944, 19-year-old American pilot Henry Forrester is shot down over France. Narrator Elizabeth Wiley impeccably inhabits the young man as he copes with this terrifying situation. The Virginia farm boy often hears his abusive father's voice in his head, which ultimately helps him survive. Wileyâ€™s true-to-life German and French accents, characterizations, and performances of moving hymns and war songs add to the atmosphere of this fine novel. When Forrester is finally rescued, conversations with the Resistance are often in French, giving young listeners the opportunity to learn a few words. Wiley deftly presents a range of emotions; in particular, her evocation of personal terror is realistic and nerve-racking. The epilogue reveals that the author based the story on her own father's wartime experiences. S.G.B. Winner of AudioFile Earphones Award, SYNC 2015 Â© AudioFile 2015, Portland, Maine [Published: JANUARY 2015]