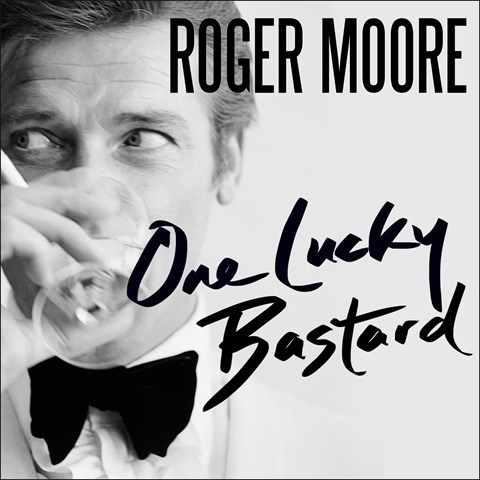 ONE LUCKY BASTARD Tales from Tinseltown

Well-known actor Roger Moore proves he's a worthy raconteur in this follow-up to his previous memoir. With self-deprecation on full display, this former James Bond provides mostly salacious recollections, often thirdhand, of a lengthy show business career on both sides of the Pond. Derek Perkins's droll and cheeky narration suits the content and the British vocal style one associates with Moore. Setting a deliberate pace, Perkins deftly modulates his tone and creates a flawless performance. Nonetheless, this series of disjointed anecdotes will appeal primarily to Moore's fans and those who enjoy scandalous recollections of old Hollywood. W.A.G. [Published: JANUARY 2015]