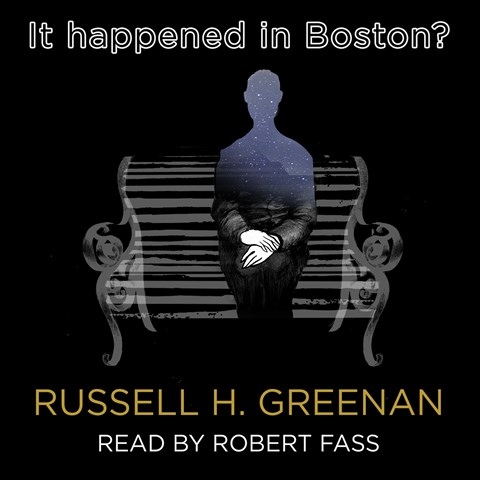 IT HAPPENED IN BOSTON?

The brisk, clear narration offered by Robert Fass definitely assists the listener in this rerelease of Greenan's 1968 novel featuring a "sensitive psychopath losing traction in the real world." The convoluted plot twists through a maze with something for almost every taste: mystery, fantasy, serial murders, art forgery, dark humor, philosophy, and both compassionate and toxic relationships. The main character remains anonymous, but Fass quickly establishes his persona and effectively conveys his edgy emotional state and increasingly bizarre behavior. Fass struggles a bit with accents while portraying the rest of the cast, but the flow of the text is not seriously interrupted. Although it’s not for everyone, adventurous listeners will understand how this quirky offering and its author have gained a cult-like following. M.O.B. © AudioFile 2015, Portland, Maine [Published: JANUARY 2015]