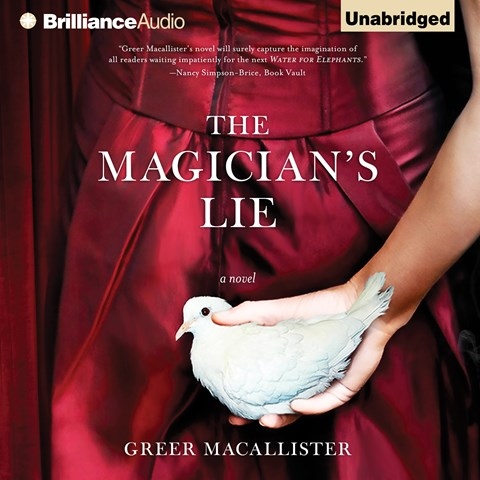 Nick Podehl and Julia Whelan provide distinctly different deliveries of this novel's main characters. In the late nineteenth century, a tug of war develops between a mysterious magician who is accused of murdering her husband and an injured, desperate police officer who is seeking normalcy. Whelan's voice has a sultry tone as the magician captures her audience, enticing them with intrigue and passion. As the policeman, Podehl is anxious to a fault. His edgy, despondent tone conveys the officer's need to know the magician's story. The two narrators work well together, but Whelan's narration is the more appealing. T.E.C. © AudioFile 2015, Portland, Maine [Published: JANUARY 2015]