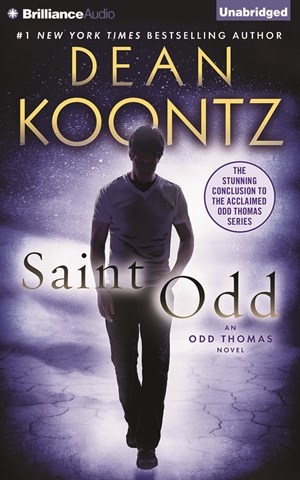 It takes a special narrator to make the powerful but gentle hero Odd Thomas work as the protagonist of an audiobook. David Aaron Baker has what it takes. Dean Koontz's unlikely hero says he's just a fry cook at a diner, but the young man with the strange name can also commune with spirits and battle evil for the lives and souls of the people of the Southwestern town of Pico Mundo. Baker quietly brings out Odd's passive personality as thoroughly as he projects the boisterous yet vulnerable Ozzie, the 400-pound mystery writer who serves as Odd's surrogate father. There’s a lot of nail-biting action in the story, which Baker handles as easily as the many quiet moments. The latest Odd Thomas audiobook is a treasure from start to finish. M.S. Winner of AudioFile Earphones Award © AudioFile 2015, Portland, Maine [Published: JANUARY 2015]