Home»Reviews»NO GOOD MEN AMONG THE LIVING 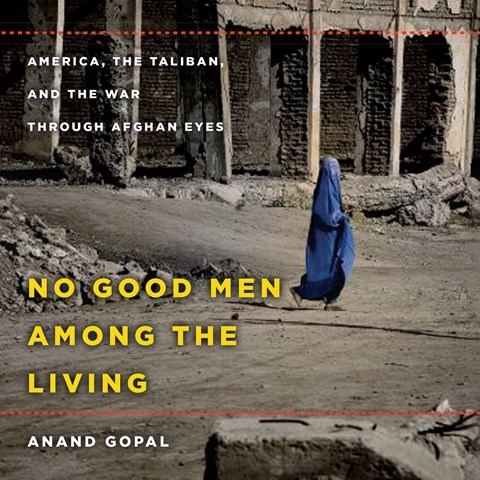 NO GOOD MEN AMONG THE LIVING America, the Taliban, and the War Through Afghan Eyes

This is one of the first important books about America's longest war. Assaf Cohen is an accomplished narrator. The author tells the story through interviews with three Afghans: a pro-American warlord, a Taliban commander, and an educated housewife. Gopal lets the facts speak for themselves, but America's warriors do not come off well, acting as unwitting thugs for warlord factions, displaying a propensity for torture, and creating enemies where none existed before. Cohen's pacing is excellent. His diction is clear, and his pronunciation of Afghan place names practiced. While Cohen's all-purpose Pashto accent gets old--he uses it for almost all interview excerpts--he captures the anguish of Gopal's interview subjects as they describe having to make impossible choices. F.C. © AudioFile 2015, Portland, Maine [Published: FEBRUARY 2015]