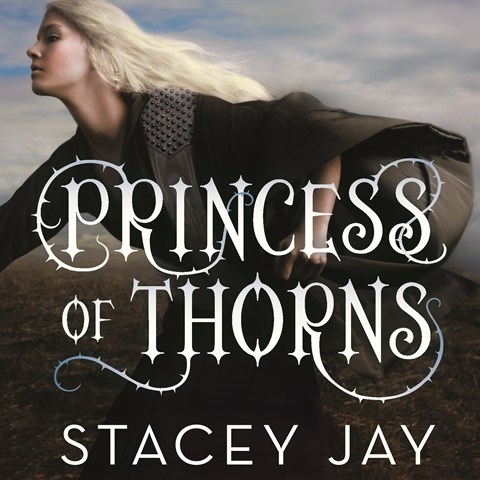 With the expert narration of Julia Whelan, the continuing story of Sleeping Beauty’s daughter, Aurora, can only be described as alluring. Dressed as a boy, Aurora enlists the help of Prince Niklaas, who is also under a curse, to help her raise an army to defeat the ogre queen who is holding her brother hostage. It’s difficult to decide which is more appealing in Whelan’s narration: Aurora’s lilting, slightly accented confessions or Niklaas’s growling reflections. As an extended comedy of errors prevents the star-crossed couple from uniting until the last possible moment, Whelan provides impassioned dialogue and a few surprises. Fairy-tale adaptations abound, but this narration is as enchanted as its characters. C.A. Winner of AudioFile Earphones Award © AudioFile 2015, Portland, Maine [Published: APRIL 2015]