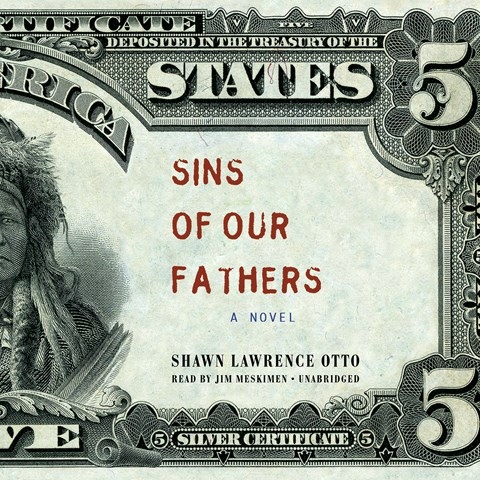 SINS OF OUR FATHERS

Banker JW teaches other bankers how to profit from the money made by nearby casinos owned by Native Americans. JW is a complicated man: His son died, his wife left him, and he has a problem with gambling. When JW is fired for embezzling, he’s given a chance for redemption. While JW’s story can stand on its own, Jim Meskimen’s crisp and forceful narration makes it especially engaging. His powerful voice works well for the dialogue. With emotions flying, Meskimen’s narration makes this a book listeners will be talking about long after they’re done listening. S.D. © AudioFile 2015, Portland, Maine [Published: JANUARY 2015]