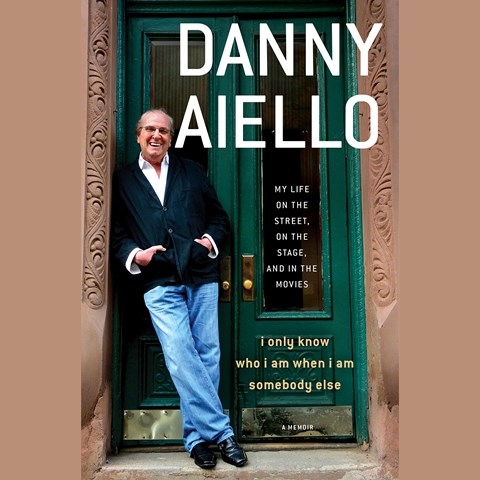 I ONLY KNOW WHO I AM WHEN I AM SOMEBODY ELSE My Life on the Street, on the Stage, and in the Movies

With his raspy voice, Danny Aiello brings the Manhattan of his childhood to life. His memoir is filled with the people who influenced him—from Mob enforcers to his wife, his children, and his incredible mother. His heart and soul are present in his performance as he leads his listeners from his days as a shop steward for the Greyhound Bus Company to his steadily rising star in Hollywood. On a sad note, he describes the pain of losing his son Danny, Jr., with tears in his voice. Throughout this gem, Aiello’s integrity, grit, and, yes, polish come through loud and clear. E.E.S. Winner of AudioFile Earphones Award © AudioFile 2015, Portland, Maine [Published: JANUARY 2015]